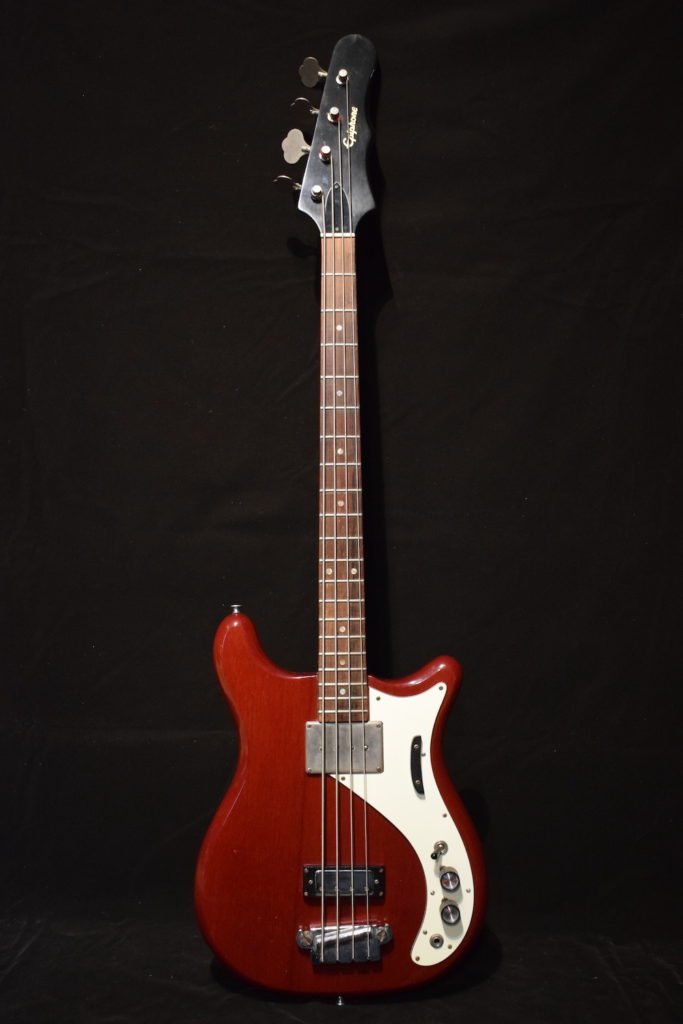 The Epiphone Newport Deluxe which is presented to you here is a curiosity. Equipped with 2 original pickups with a mudbucker and a mini humbucker. This is the first time I’ve seen a Newport Deluxe with inline tuners, as they are more often equipped with a single pickup. Doubles or “Deluxe” according to Epiphone terminology usually have a symmetrical head but it is clear to me that we have a transition model here, the Deluxe stopping in 1964. I don’t think it’s an added pickup: the 2 PU are wired in exactly the same way and really look original to me. This is confirmed by the routing of the bridge pickup. I think the guitar was oversprayed a long time ago, after plugging the holes from another bridge. You can however see in UV that it reacts exactly like an old guitar should, which makes me think that it was done a very long time ago, because the difference between the exposed and unexposed areas is very clear. The bass sounds great. The neck is straight. It is a no issue instrument. Comes in a modern case. 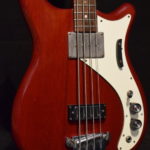 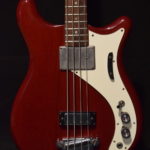 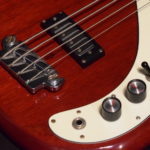 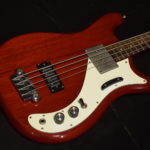 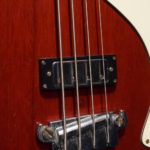 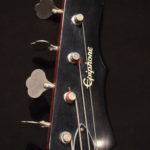